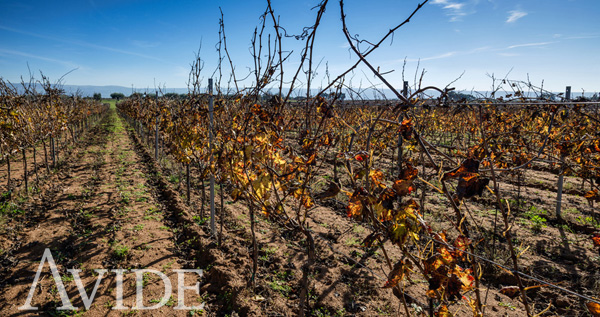 Avide winery dominates an ancient landscape, a land characterised by labyrinthine geometric low dry-stone walls, artistic in their natural design and often in the shadow of carob-trees. All around, in the Comiso area, the Iblean upland stands out with its steep and rustic slopes, its caves, its farms and brushwood .

The carob-tree is the distinguishing mark of the territory where the Route of Nero d'Avola and of Cerasuolo di Vittoria wedges in. This is an inspiring itinerary that at a certain point meets Avide winery, established more than a hundred years ago in the midst of stamps and notarial acts, as a result of the Demostene and Calcaterra families' work and passion.

The province of Ragusa offers the opportunity of following a number of cross-sectional tourist itineraries. Art and culture itineraries amidst the splendours of Baroque and neo-classic architecture, with a sprinkling of art nouveau. Archaeological itineraries through remains of the Siculi, Greek, Roman, and Byzantine peoples, and even nature itineraries. 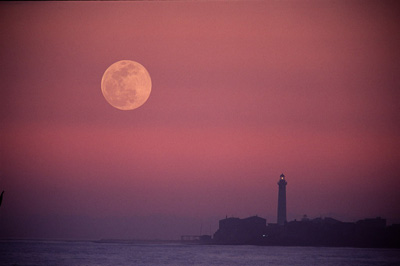 During the course of the 16th and 17th centuries, a sumptuous and domineering "Baroque triangle" made up of Ragusa, Modica, and Scicli, developed, and is today on the UNESCO heritage list. Walking through the characteristic lanes of these towns means discovering the amazing wonders of this architectural style.

Standing a chalky rock base, the city rises on the southern buttresses of the Iblei mountains, between the depressions created by the S. Leonardo and S. Domenico torrents. The town is divided into two separate centres by the "Valle dei Ponti", a deep ravine crossed by three bridges, including the 19th century Cappucini bridge. Ragusa and Ragusa Ibla, these two centres are notable for their splendid Baroque buildings, now UNESCO listed sites: the S. Giovanni Battista cathedral, a vigourous 18th century construction; the church of Santa Maria delle Scale, in the most easterly part derives its name from the impressive stairway that leads to the church of S. Maria dell’Itria; the church of S. Giorgio, a Baroque masterpiece, dominates the Ibla district with its neo-classical dome; there are also the sumptuous palazzi Cosentini and Battaglia, and the, "museo Archeologico Ibleo" archaeological museum. 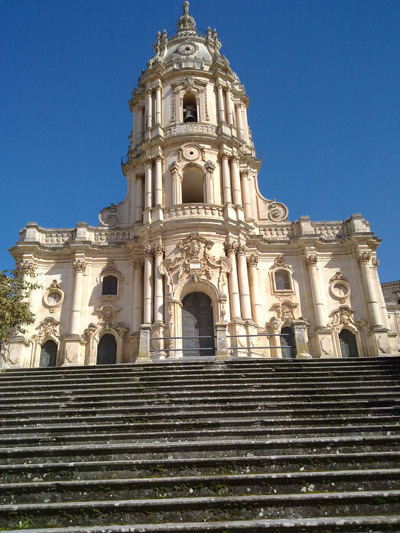 THE ROAD OF GOLD

Is the route that leads to Ragusa, renowned cradle of dairy and cheese-making traditions, and the home of what is known by many as "the golden ingot": Ragusano P.D.O Protected Designation of Origin, conferred by the European commission. The origins of Ragusano can be dated by citations that go back to the early 1500s. It is a cheese whose original name was Cosacavaddu Rausanu that is Caciocavallo Ragusano, which refers to the method used for its maturation. The P.D.O label requires the makers to follow strict guidelines which regulate methods of production, and above all maturation, starting with the cattle farming methods, and proceeding right down to the types of tools used, making this cheese a niche product. 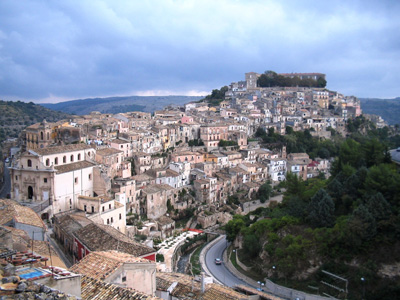 REACHES UP TO CHIARAMONTE GULFI

The road of gold continues right up to the slopes of the Iblei mountains, to the area surrounding Chiaramonte Gulfi, where the gold in question is the liquid gold of the Monti Iblei P.D.O. olive oil. Over the last few years this oil has received the most prestigious national and international marks of recognition.

AS IT DESCENDS IT TAKES ON THE COLOURS OF THE NIGHT

Continuing towards the valley until reaching the Piana di Vittoria, we encounter the intense flavour of Cerasuolo di Vittoria, a wine which has earned D.O.C.G status which has played its part in promoting the exportation of this prized Iblean product. 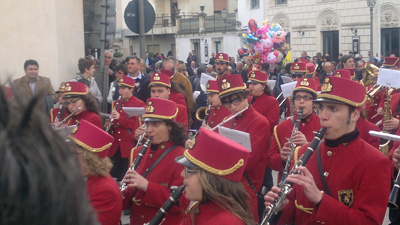 AND CONCLUDES WITH SPICED FRAGRANCES

Another road leads to the discovery of fragrant temptations that tell a tale of the ancient peoples and genuine qualities of Sicily: this is Modica, where visitors are welcomed by the fragrant smell of sweetmeats and chocolate. The traditions of the celebrated chocolate of Modica are anchored in ancient recipes originating with the Aztecs, which keep alive a history that over the years has been enriched by new and important re-workings. Walking through the lanes of Modica's old town centre, the air is also rich with fragrances of the local sweetmeats.